Ana Elisabete Pires is investigator of the Archaeogenetics research group at CIBIO-InBIO, and Assistant Professor at the Faculty of Veterinary Medicine, Lusófona University. She graduated in Biology from Lisbon University (1996), did the school year of a MSc degree in Applied Biochemistry (2000) and completed a PhD degree in Molecular Biology (2006) in the same University.

She was granted 2 post-doctoral fellowships to work on genetics of the dog and was the Principal investigator of 2 researches –  “Tracing back animal domestication in Iberia: Clues from zooarchaeology and DNA analysis” and “ Tracing the origins and evolutionary paths of the Iberian and the Maghreb Dog (Woof)” (ongoing) in the area of archaeogenetics.

Her principal interests are population genetics, immunology and understanding of the evolutionary trajectory over time of the Canis species in the Iberian Peninsula and North Africa. She has expertise in the analysis of ancient DNA (laboratory and data analysis). She has produced “The Muge dog – a prehistoric friend”, a scientific outreach movie, which is freely available to everybody. 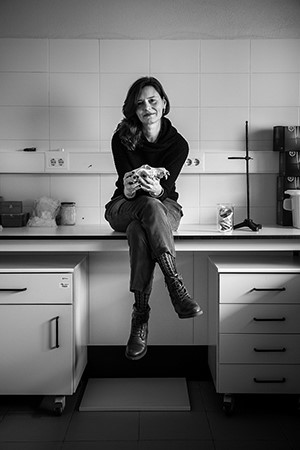 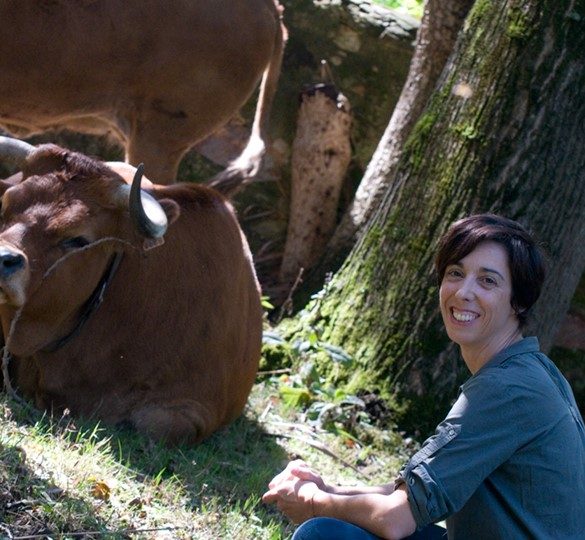 Catarina Ginja is the principal investigator of the Archaeogenetics research group at CIBIO-InBIO, and an invited assistant Professor at the Faculty of Sciences, University of Porto. She graduated in Zootechnical Engineering from the University of Trás-os-Montes e Alto Douro-UTAD (2000), obtained an MSc degree in Animal Science from the same university (2002), and compleed a PhD degree in Animal Breeding and Genetics from the Technical University of Lisbon (2009). Following her research at the Veterinary Genetics Laboratory, she was invited to work as a Research Assistant at the University of California in Davis (2008-2010). In October 2010, C Ginja was awarded a Marie Curie grant to work at the Centre for Environmental Biology of Lisbon University and to launch an innovative archaeogenetics research.

C Ginja is experienced in state-of-the-art technologies including the analysis of ancient genomes of domesticated animal species and collaborates with renowned research groups such as Götherström’s team from the Center for Palaeogenetics of Stockholm University. She has a strong publication record (h-index of 17 and over 725 citations, Scopus), including book chapters and papers in international peer reviewed journals, in the field of population genetics and conservation of domestic animal genetic resources. She co-authored a book about the history, production systems and economic value of Portuguese native cattle (Bizancio 2013). C Ginja was also the scientific coordinator of the Art&Science book “Esses Ossos” (2017). She was invited as chairperson and cattle representative of the FAO/ISAG Committee on Animal Genetic Diversity (since 2014) and is a member of professional organizations such as the International Society for Animal Genetics and the International Council for Archaeozoology. C Ginja attracted competitive funds nationally and internationally. She collaborates with national Breeder Associations to define conservation and management measures. She expects to continue developing projects around creative and innovative ideas that can benefit the national and international scientific communities.

Dr. Promislow began working on the evolution of aging as a graduate student at the University of Oxford over thirty years ago. Following post-doctoral work, in 1995 he joined the Department of Genetics at the University of Georgia, and in 2013 moved to the University of Washington, where he is a Professor in the Departments of Biology and Pathology. Throughout his career, he has continued to focus on the biology of aging and age-related disease. In particular, his work addresses the challenge of understanding how genes and environment shape patterns of aging in natural populations, using theoretical models, epidemiological analysis, and empirical studies.

His lab work focuses primarily on the fruit fly, Drosophila melanogaster, but starting ten years ago, he began epidemiological studies of aging in companion dogs, work that led to an NIA-funded study in companion dogs. As Principal Investigator of the Dog Aging Project, and in collaboration with Co-Director Dr. Matt Kaeberlein and Chief Veterinary Officer Dr. Katee Creevy DVM, DACVIM, Dr. Promislow leads a large interdisciplinary team running a nationwide long-term study of tens of thousands of companion dogs, focused on the genetic and environmental determinants of aging and age-related disease. The study cohort will include dogs of all breeds and ages, found in diverse geographic regions. A small subset of the Dog Aging Project cohort will participate in a clinical trial to test the ability of low-dose rapamycin, which extends healthy lifespan in lab mice, to improve healthy lifespan in dogs. The Dog Aging Project, a large-scale systems biology project, is designed as an Open Data/Citizen Science initiative, with the goal not only of creating a nationwide study of aging in dogs, but also of involving dog owners and the general public in a way that builds excitement, interest and trust in science. 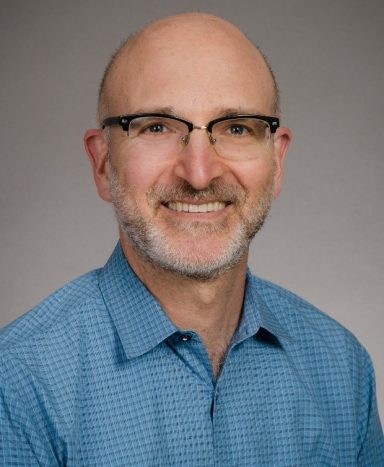 Born in Barcelona in 1969. He has a degree in veterinary medicine and a PhD from the Autonomous University of Barcelona. He is a Diplomate and past president of the European College of Animal Welfare and Behavioural Medicine. He was responsible for the Animal Behaviour Clinic at the Barcelona School of Veterinary Medicine from 1995 to 2009. Since 2010 he is an assistant professor at the Department of Psychiatry and Forensic Medicine at the Autonomous University of Barcelona. In 2012, he became the director of the Chair Affinity Foundation Animals and Health at the Department of Psychiatry and Forensic Medicine (Autonomous University of Barcelona) and the Institute of Neuropsychiatry and addictions (Parc de Salut Mar). He is also the head of the behavioural services at Ethogroup-Ars Veterinaria, a referral hospital in Barcelona. His research interests are focused on understanding the relationships between people and animals, the development of tools to assess canine and feline behaviour, as well as in the comparative study of human psychiatric disorders and problems of animal behaviour.

Jennifer Vonk is a comparative cognitive psychologist who has conducted research on a wide variety of species, including amphibians, birds, bats, felids, canids, ursids, nonhuman primates, and human children and adults. She graduated with her PhD in comparative psychology from York University, Canada in 2002 and previously held a faculty position at the University of Southern Mississippi before joining Oakland University in 2011. She has published over 100 empirical papers, book chapters, commentaries, and edited volumes, and has several editorial positions including Co-Editor-in-Chief for Animal Behavior and Cognition. She is a fellow of the Society for Behavioral Neuroscience and Comparative Psychology/Division 6 of the American Psychological Association. Her primary research interest is in understanding the selection pressures responsible for ‘cognitive processes such as abstraction, causal reasoning, and theory of mind. She is also interested in research that contributes to improving the welfare of captive species. 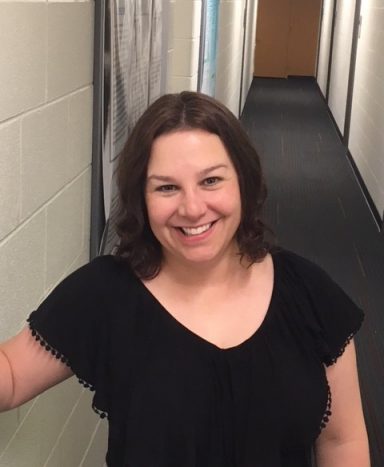 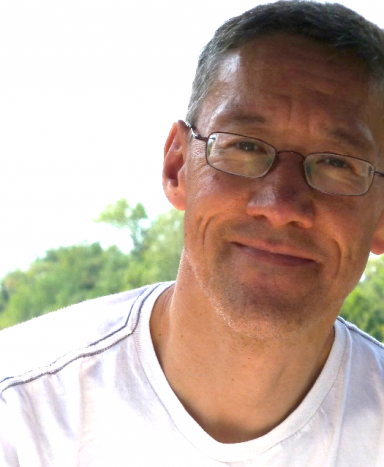 Mike obtained his PhD in animal behaviour at Cambridge University. He then took a Royal Society European Research Fellowship to continue his work on behavioural development at Groningen University in the Netherlands, before returning to work at Cambridge University Vet School where he moved into the field of applied animal behaviour and welfare. He subsequently took up a position as a Behavioural Scientist at the Scottish Agricultural College in Edinburgh, continuing his work on pig behaviour and welfare, and then moved to Bristol University Vet School where he is now Professor of Animal Behaviour and Welfare and Head of the Bristol Animal Welfare & Behaviour Group, and has previously been Deputy Head of School (Research). He is also lead of the BBSRC and UFAW Animal Welfare Research Network.

His current research interests are in the study of cognition, emotion, and social behaviour in domestic animals, with a view to using this information to improve animal welfare. Together with Dr Liz Paul, he developed a novel ‘cognitive bias’ approach to the assessment of animal emotions which draws on theory and findings from human psychology and cognitive neuroscience. He and Liz received the 2013 inaugural International Society for Applied Ethology Creativity Award, and the Alice Richie Trust Memorial Fund Award for their work in this area. Mike was awarded the UFAW Medal in 2014 for his contributions to animal welfare science, and the RSPCA/BSAS Award for Innovative Developments in Animal Welfare in 2015.

Mike also works on more applied animal welfare issues, with current interests in the relationship between housing and husbandry procedures and the health and welfare of farm, laboratory and zoo animals, and chronic pain conditions in domestic dogs.

Per Jensen took his PhD in 1983 and is presently professor of ethology at Linköping University since 2005. He previously held a personal professorship in ethology at the Swedish University of Agricultural Sciences 1988 – 2005. He is the scientific head of the Avian Behavioural Genomics and Physiology group, which despite its feathered name covers a wide range of species, from fruit flies via chickens to dogs and horses. Per Jensen held an ERC advanced grant 2013-2018 and a number of competitive national science council grants. He is editor-in-chief for Applied Animal Behaviour Science and has published in total about 200 peer-reviewed papers and a number of books and book chapters.

The research of Per Jensen started with studies of pigs, focusing on social and maternal behaviour. For the last two decades, his group has focused on chickens and dogs and the genetic and epigenetic underpinnings of behaviour in relation to domestication. In particular he is interested in understanding the consequences of stress in different life phases, and which role this may have played during animal domestication. Some research highlights include the discovery of inter-generational epigenetic effects of stress in chickens and the mapping of sociality genes in dogs.

Privately, Per Jensen is a passionate dog owner, a fascinated chicken keeper and a devoted fiddler and bagpipe player. 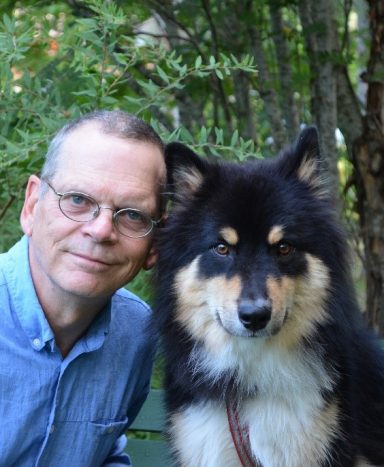 Peter Sandøe is originally trained as a philosopher at the University of Copenhagen and at Oxford University. He has been professor of bioethics at the University of Copenhagen since 1997, presently with his chair divided between the Department of Veterinary and Animal Sciences and the Department of Food and Resource Economics. Since 1990 the major part of his research has been within bioethics with particular emphasis on ethical issues related to animals, veterinary practice, biotechnology and food production. He is committed to interdisciplinary work combining perspectives from natural science, social sciences and philosophy. I recent years he has increasingly done research in relation to companion animal with focus on welfare and ethical issues. His books include Companion Animal Ethics (Wiley-Blackwell 2016 – co-authored with Clare Palmer and Sandra Corr). For more information about his research in the field of animal welfare and animal ethics see www.animalethics.net